Puerto Paseo and the railways of Isla Blanca 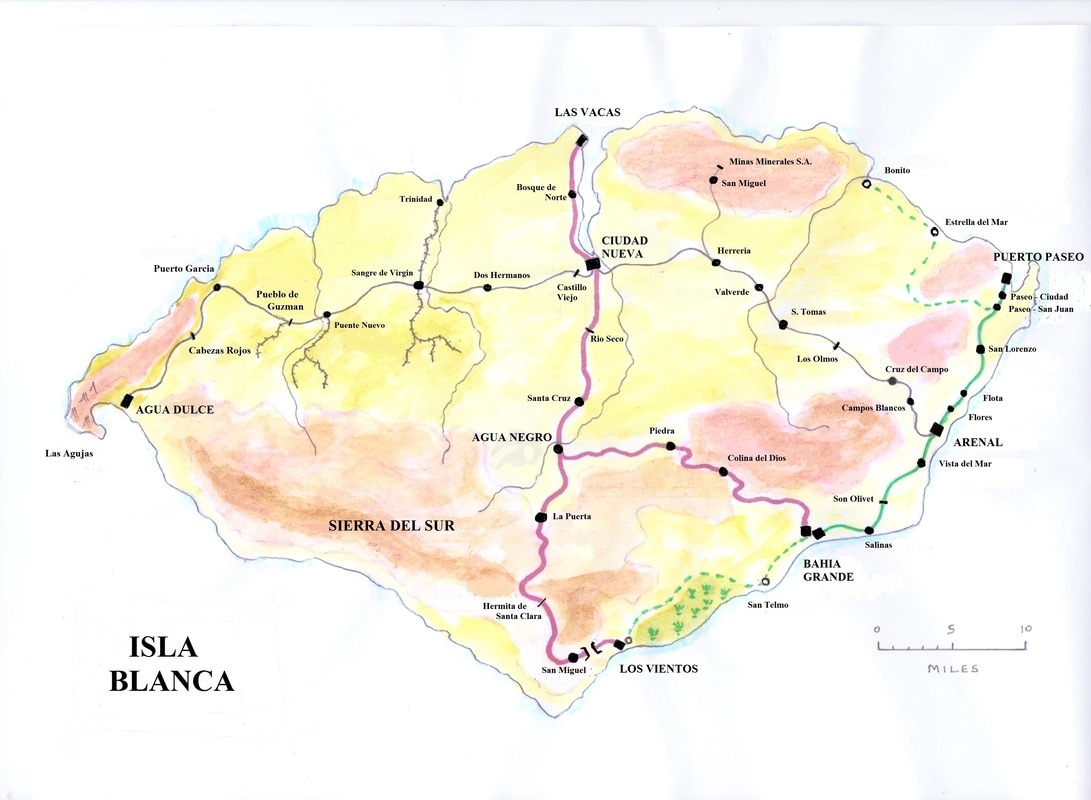 The railway development on Isla Blanca started in the 1870s in the northern part of the island to support the local sugar industry and link it to the port at Ciudad Nueva, the island’s capital. The FC de Centro y Oeste (Central & Western Rly), built by American interests, gradually extended both ends of their 2ft 6ins gauge line until by 1899 the route ran from Agua Dulce in the west to Arenal on the eastern coast. The traffic flowing through Ciudad Nueva caused congestion in the port and the narrow shipping channel leading to the sea, and in 1880 a new company, formed with British backing, started to establish a new harbour at the coast north of the capital. This was named Las Vacas, and the new town was connected to the capital by the FC de Norte (Northern Railway). This company also extended it line south to serve the farming communities, but for some time the southern coast remained cut off behind the Sierra del Sur. In consequence, the eastern and southern fringes of the island remained relatively undeveloped and poorer than the northerly districts. 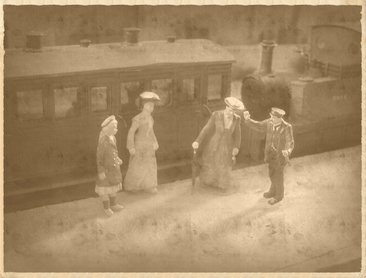 Isla Blanca travel scene c. 1890
In an effort to develop this part of the island, a new railway was planned - the FC Economico del Este (Economic Eastern Rly, or FE). The company also undertook the development of the sheltered fishing harbour of Puerto Paseo into a commercial port. Like the FC Norte, the new company was built by British interests, which were reflected in its choice of rolling stock. Construction started in 1884 and the single track soon connected the string of small villages along the coast, all of which had beaches of white coral, which had provided Columbus with the island’s name in 1492. The FE arrived in Arenal in 1887, and found the FCyO already in situ. In order to be able to continue further along the coast the FE had to agree to concede running rights to the older railway, so that it could run a daily Mail train to Puerto Paseo. Following this agreement, the FE was able to continue in a southerly direction, although marshes near San Telmo caused a diversion inland to reach the island’s southernmost town, Los Vientos. The new extension opened in 1889.
The new city of Puerto Paseo was soon large enough to justify three stations. Puerto was the main passenger terminus, though freight for the docks was also worked in during off-peak hours and was then directed down a street tramway to the harbour. The entrance to the terminus was along a narrow alley which opened out into a square about a half mile from the terminus; here the company installed a passing loop and called the result Paseo Ciudad. This loop soon proved to be essential to keep traffic flowing in and out of the terminus. Finally, situated on the city outskirts was Paseo San Juan, where the city’s freight could be handled, and there was space for locomotive and carriage sheds.
Despite the FE’s arrival in Los Vientos in 1889, the year was less auspicious at Bahia Grande where the FC Norte finally arrived, having snaked its way up and over the mountains. The FE never got on with its new neighbour, which decided in 1890 to build its own line to Los Vientos and the “deep south”. Work started from Agua Negro, running up into the Sierra del Sur, reaching La Puerta in 1892. Steep gradients and tunnelling meant it was not until 1895 that the line reached Los Vientos. Ever optimistic, the FC Este had also been busy building a long branch line from Paseo San Juan to serve the northern fishing ports of Estrella del Mar and Bonito. This line opened in 1893.
Since the seventeenth century the island had been a colonial outpost of Spain, but the island’s peaceful existence was broken with the outbreak of the Spanish-American War of 1898. This was soon over, but greatly weakened Spanish influence in the region, with American companies buying out many of the island’s sugar plantations and mills and also establishing pineapple canneries.  American “suggestions” that the island be given independence, under American protection proved hard to resist and were enacted in 1900. The new century saw an inter-island steamer service inaugurated, which called at Puerto Paseo, and soon a small but significant trickle of visitors started to arrive. Meanwhile, at Los Vientos the arrival of the FC Norte had had a serious impact on the FE’s traffic on its southerly extension, and in 1905 services were cut back to Bahia Grande.
With independence and new trade links with America, the island weathered the 1914-18 War with little apparent change. After the war, the availability of war-surplus lorries started experiments with railcars, and by the mid-1920s the FC Este had introduced them on the local services between Puerto Paseo and Arenal, and also on the Bonito branch, bringing about considerable savings. Further, though unplanned, savings were made in 1929 when a landslide closed the Bonito branch “temporarily”, which soon became established as fact.
The Second World War caused the island greater hardship than the earlier conflict, and with shipping somewhat limited a period of make-do-and-mend began, with the state of the equipment on all lines slowly diminishing as spare locomotives were cannibalised to keep ever-decreasing services running. By the end of the war things were at a low ebb, and ten years later the FCyO, with its extensive system, and mostly seasonal freight traffic, was approaching bankruptcy. Negotiations with the government resulted in the nationalisation of the line, bringing with it stringent management and the reduction of services to a basic level of one daily train over the entire line.
The increasing number of tourists who discovered the island from the 1960s brought some extra passenger traffic to the island’s railways, but by this time they were in a rather poor, and potentially unreliable state. In 1964 the other two lines fell into state control, and all three systems were re-branded as Los Ferrocarriles de Isla Blanca (FIB), with more railcar services being introduced, with mixed trains and freight workings “as required” taking up the slack. However, a more hopeful note was struck as a tourist industry was established along the eastern coast. New multiple unit railcars were introduced by 1966, and in 1970 the steam era on the island came to an end, apart from some locomotives still operating on the sugar tramways. More modernisation came in 1984, when the whole of the old Este route was electrified to serve the string of holiday resorts that now lined the coast. 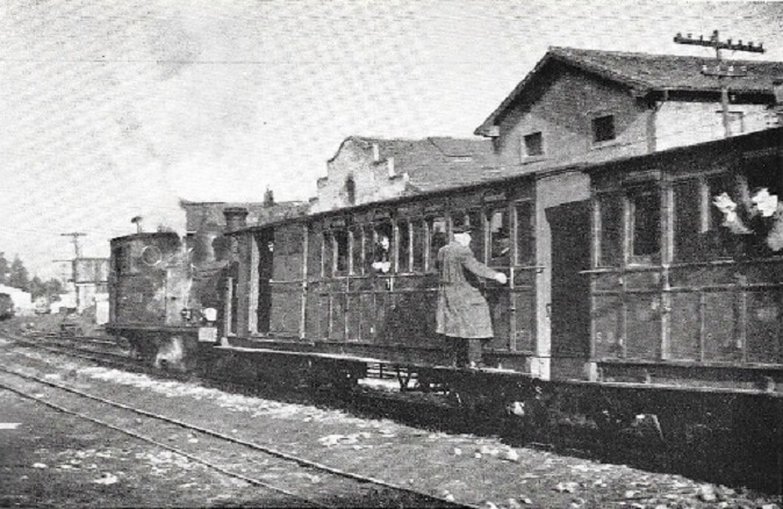