Layout Plans You Can Live With?

This page has details of several layouts that have all been built and operated, either at home and at exhibitions.

None of the layouts are very large, certainly by Club standards.  Hayling Island is nearly a full sized model of and, admittedly, has a small station. But this fitted into a space under eleven feet by six. Small in size does not mean it will not take up a whole room, when operating. Yarmouth Quay made a good coffee table, two feet by four. Allowing three feet all round when “playing” does make it seem a little larger!

However, these plans are here to suggest ideas and themes. The important thing is that they have all been built, so their operating schemes have been tried and tested. For the most part, the plans I have drawn are for 4mm scale models, but apart from changing the overall size, of the model, the scale could be changed.

Maybe you have some plans that you could share with us for the benefit of others?

This layout, built in Gn15 scale (half inch/foot scale, 16.5 track gauge), was based on the concept of a 15 inch gauge estate railway, a handful of which existed in the period roughly spanning the 1880s to 1914.  The baseboard measured 54 inches by 12 inches, and provided a run-through operating pattern with a fiddle yard at each end. It was assumed that the owner’s mansion, orchard and dairy were offstage in the upper left corner, while the estate’s farms and the village were off to the right. The tiny size of the rolling stock enabled the hidden sidings to be kept to minimal dimensions without needing much length. The front siding, serving a store shed and its tiny yard, added much to the operating possibilities, and a second locomotive loitering in the engine shed area enabled shunting from either direction to take place.

An independent steam tramway from the 1920s, inspired by such real lines as the Selsey Tramway and the Weston, Clevedon & Portishead Railway. The story is that a rail link was needed from the Southern Railway, a couple of miles away, to the quay from which a ferry serves a nearby island. It was built in 4mm scale and the baseboard measures 5ft 7 inches by 1 ft. Trains run in and are shunted at the quayside with the help of a spare engine. Despite the simple track plan, a varied amount of operation is possible using the smaller rolling stock of the period. Some tramway style coaches were provided, hauled by Terriers or small saddle tank locos. 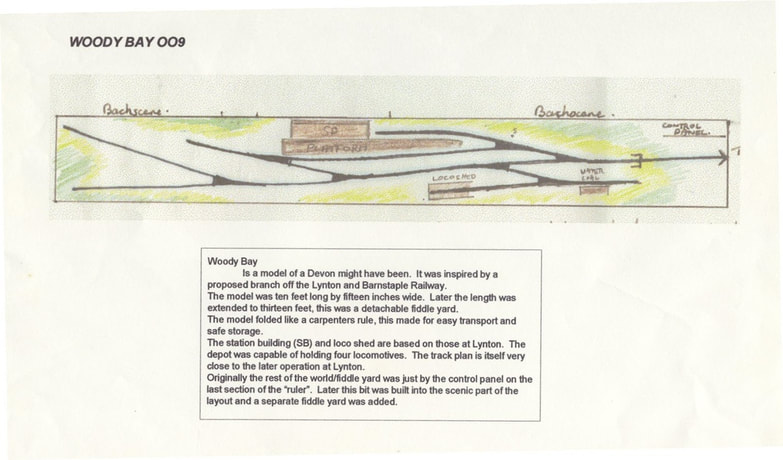 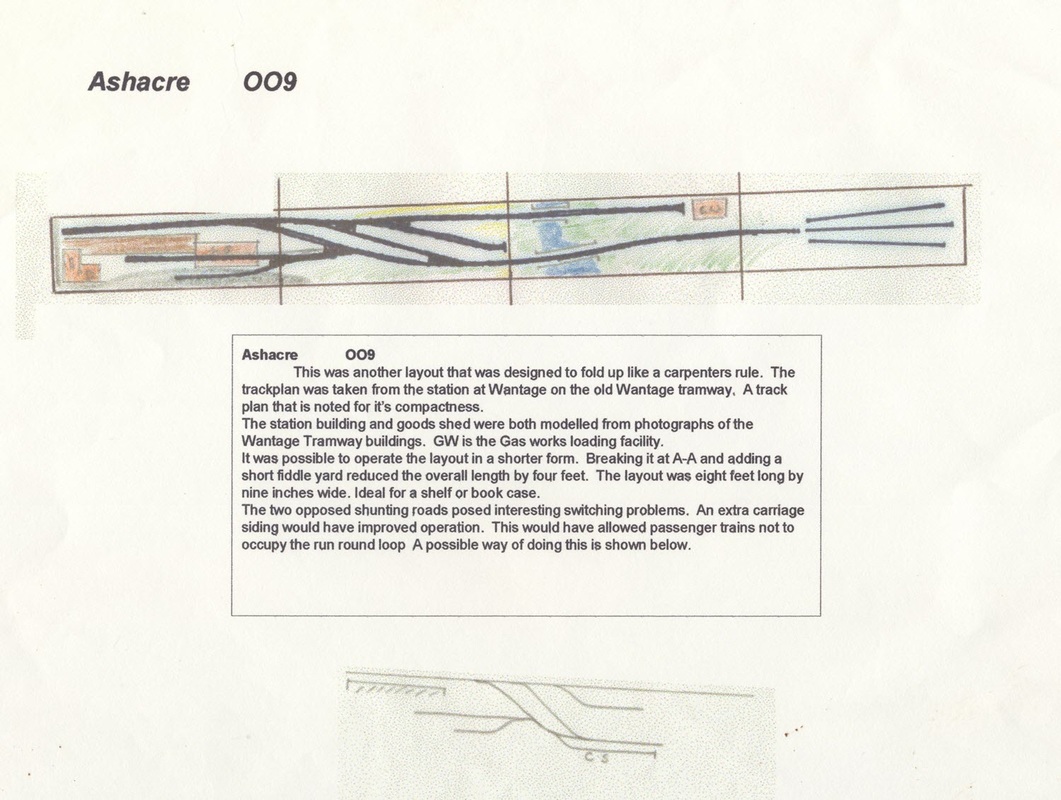 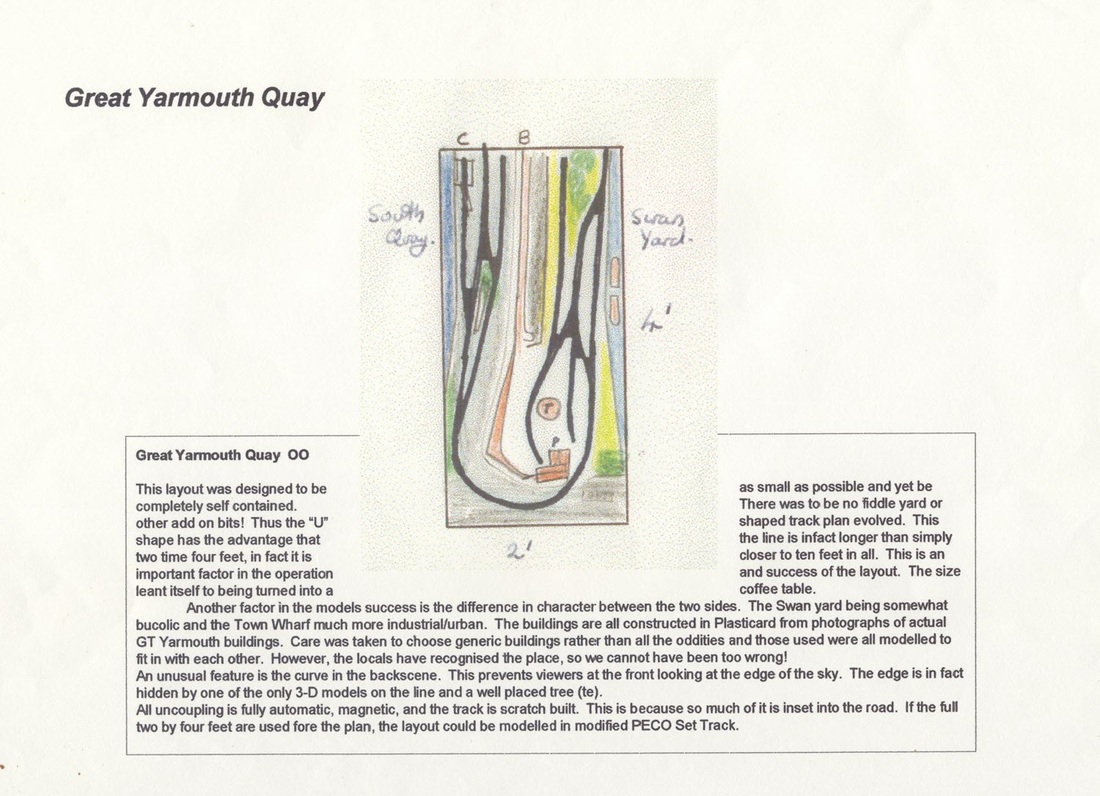 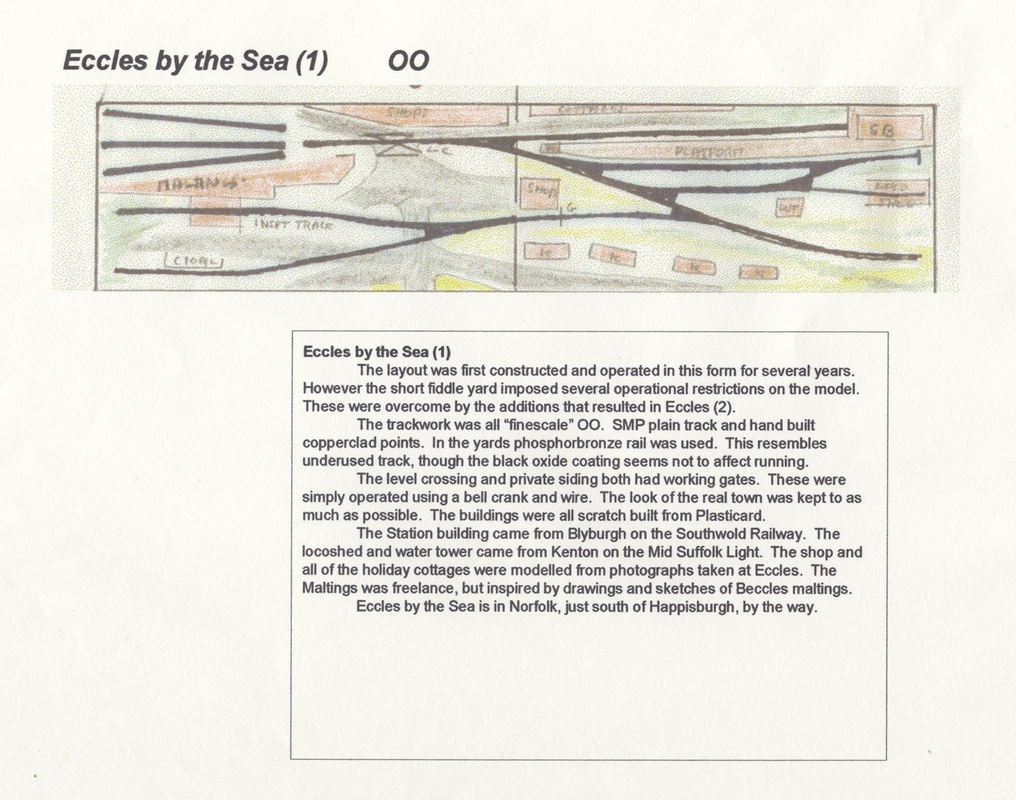 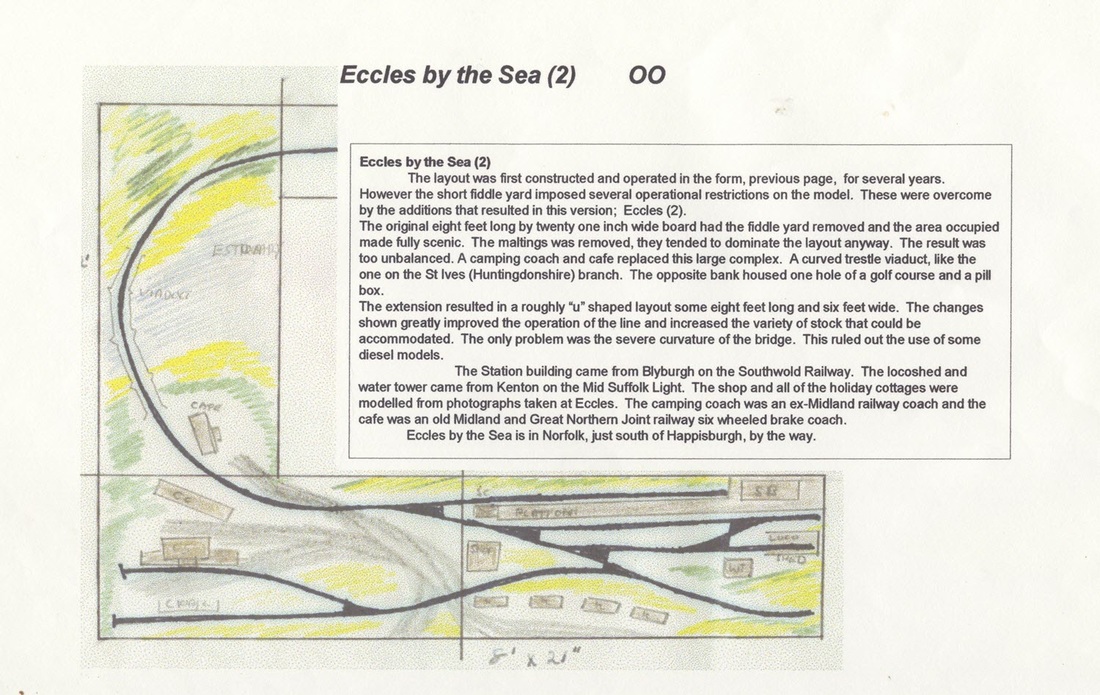 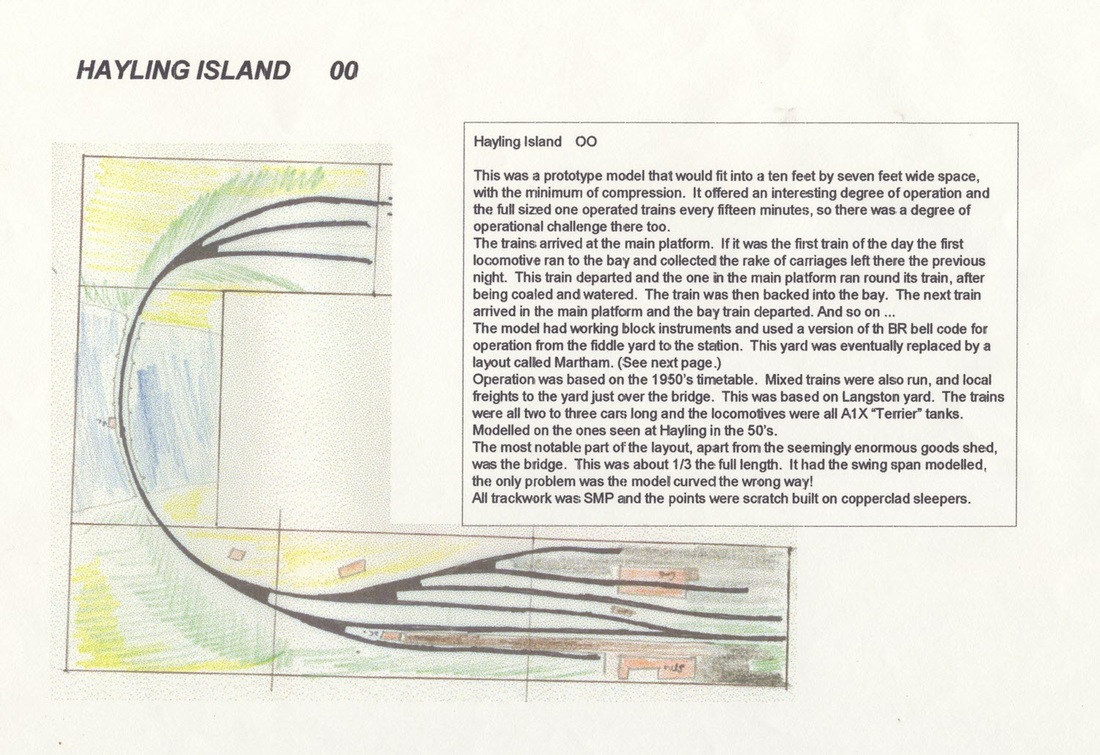 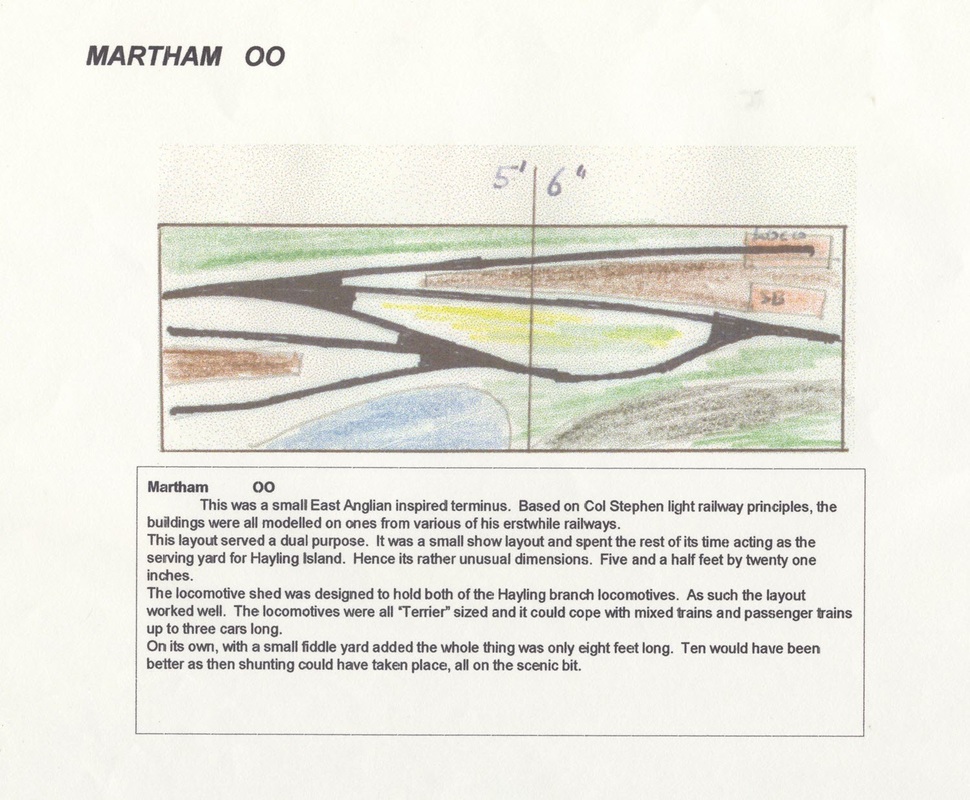 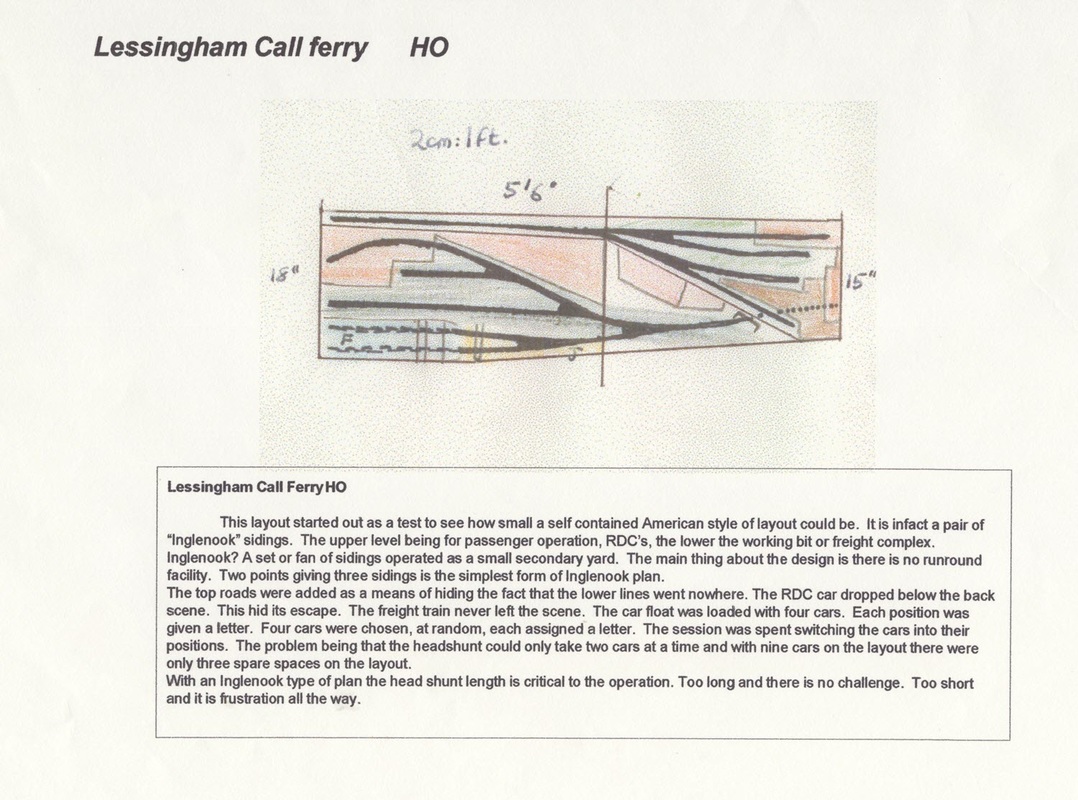 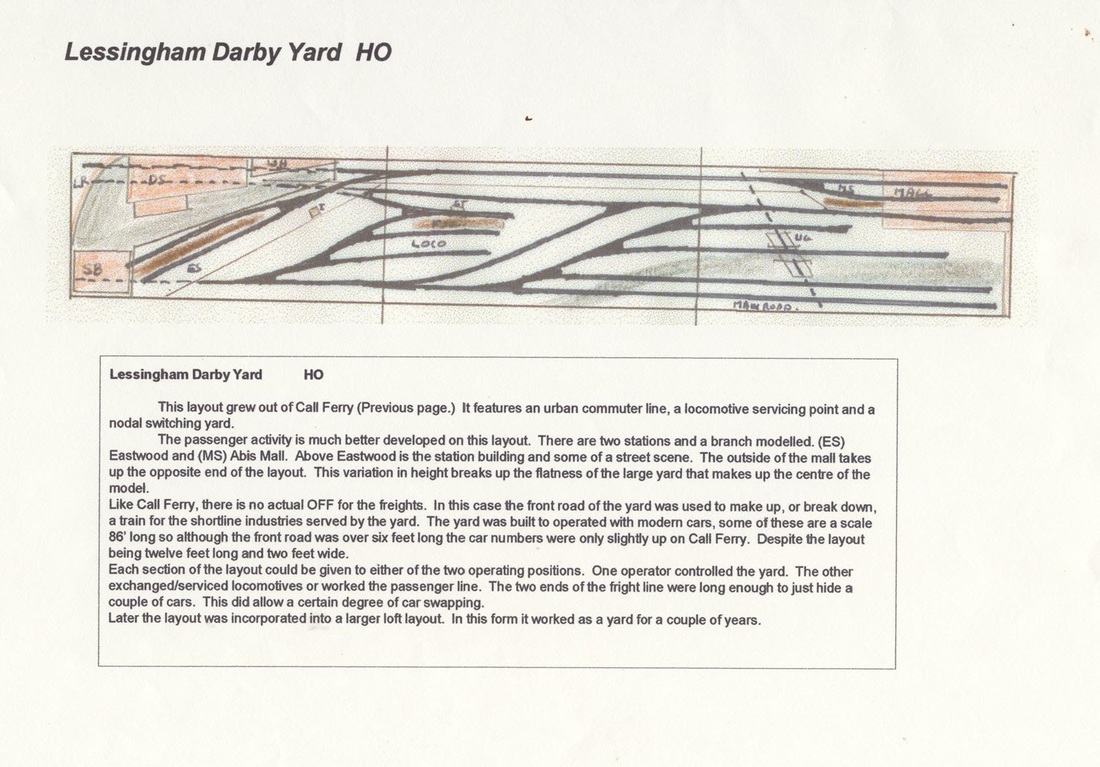